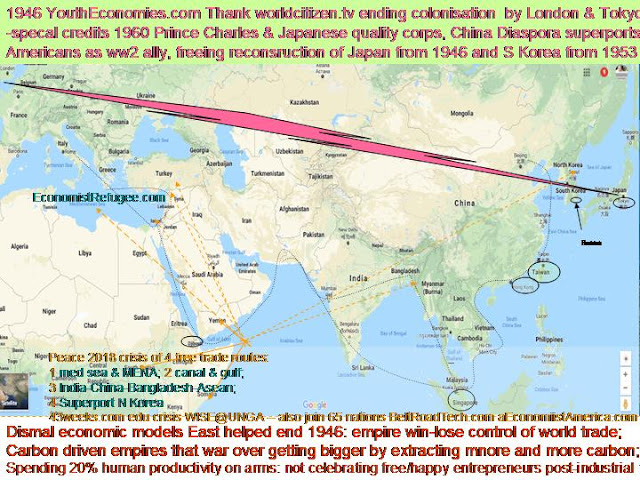 Posted by chris macrae at 5:30 AM No comments:

however the idea that it was high time to reunite the markets the peoples of europe and asia and everywhere in between was proposed in the 1990s by the larouche family  'hey now have extraordinary maps of belt road possibilities (trading routes ny and for all peoples, designed round happy borders and upgraded by green energy and dig data small digital) all round the world such as this one 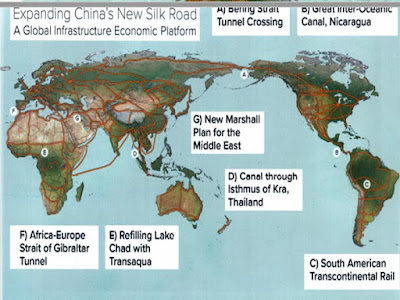 The Bering Strait Connector     Isthmus of Kra Canal  Strait of Gibraltar   Great Inter-Oceanic Canal, Nicaragua
about 5 tunnels could link trade all the way from the tip of south america up to alaska over to russia down the coast to china across the whole of europe with the skip across the gulf through the china pakistan corridor via oman (and wise's qatar) to africa (egypt ethiopia kenya) up the canal back into the med sea which in the times of marco pole was the happiest sea for nations peoples to neighbor on - the fact that this is today the refugees sea of unhappiness is a mess of how top-down economists and others mapped trade routes -lets sort it out now

Posted by chris macrae at 7:03 AM No comments: