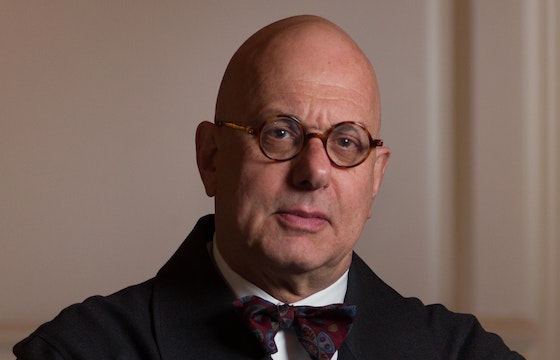 Leon Botstein has been the president of Bard College since 1975, where he is also the Leon Levy Professor in the Arts and Humanities. Botstein’s 1997 book Jefferson’s Children: Education and the Promise of American Culture has provided the basis for acclaimed public high school education reforms in New York, Newark, Baltimore, Cleveland, Washington, D.C., and New Orleans. Botstein has also guided Bard’s innovative liberal arts BA program in New York state prisons, which is expanding into a national network. He is also the chairperson for the board of Central European University.
Botstein is music director and principal conductor of the American Symphony Orchestra and artistic co-director of the acclaimed SummerScape and Bard Music festivals. Botstein is also conductor laureate of the Jerusalem Symphony Orchestra, where he served as music director from 2003 to 2011. He has produced numerous recordings of classical operas and works by composers such as Strauss, Bartók, Copland, and Shostakovich. Botstein is the editor of The Musical Quarterly, and has co-edited and written several books on music, culture, and European history. In 2011, Botstein gave the Tanner lectures at the University of California, Berkeley, on The History of Listening, forthcoming from Oxford Press.
Botstein’s work has been acknowledged with academic and arts awards from the American Academy of Arts and Letters, Harvard University, the government of Austria, and the Carnegie Foundation. In 2012, he received the Leonard Bernstein Award for the Elevation of Music in Society and the University of Chicago’s Alumni Medal. Botstein holds an MA and a PhD in history from Harvard University, and was elected to the American Philosophical Society in 2011.
x question from correspondents at www.economistarts.com can we help leonbotstein and bard zoom an association of arts teachers entrepreneurs will culturally rise again once virus war is won- eg connect botstein, 21 child arts olympiad premiosciacca.it http://www.musicforsdgs.com  with teachers prize subnetworks at yidan, wise, global teacher prize

please say if an of these wonders excite you to want to know more- we can often find you a contact at abed university of brac and osun chris.macrae@yahoo.co.uk
resilient community
servant leading professions
community health
women empowerment including food/water security
education
finance
fin tech
xebrac.com invites you to share ten years of research on futures sirf fazle hoped his alumni would celebrate
digital cash

future of university of sdg generation


x abed bhai - after graduating in engineering at adam smith's glasgow university in class 200 of smithian system mapping in  and practising accountancy fr 10 years at royal dutch shell rising to be regional ceo for east pakistan -fazle abed devoted 50 years of life to forming largest ngo partnerships in world before death 20 dec 2019 -i you want to end deepest poverty anywhere by valuing most trusted community health workers, bankers or educators abed is vaut le voyage for more detailed tour rsvp chris.macrae@yahoo.co.uk co-editor 20 blogs in economist-sdg series- sir fazle and japan embassy in dhaka kindly hosted remembrance party to dad norman macrae- i am pretty sure dad would have voted fazle as sharing the kind of knowhow every human being needs in these challenging 2020s though i am always happy to learn of who's knowledge i have never found a way to search  -related references royal families of japan uk and netherlands all of whom came to understood how the history of their nations trapping 6/10 peoples

some videos from other new university founders

The Open Society Foundations benefit from the advice and experience of the Advisory Boards, who advise on various thematic programs. Thematic program Advisory Boards are comprised of prominent experts in fields related to the programs they advise.
Posted by chris macrae at 4:21 AM No comments:

chris.macrae@yahoo,co.uk valuetrue--worldclass anyone who subcontracts their brand to ad agencies really doesn't get 21st c brand reality - leaders purpose in helping teachers and youth be the sdg generation
ref bezos
Posted by chris macrae at 10:52 AM No comments: