reality's maths of trust-flow and purpose

mit workshop on 20 years of research on this

POP
??how everyone starting with those representing those with the least but the most critical need - can look for and action purposeful trust flow especially in what i call  markets that need to be freed as the social world trade sectors - in which father and i would argue (1985 book you have) experiential learning married to give directly apps or open collab hacks is the new economy (10 times more jobs rich than extracting everyone to death)

I am a bit wary - the only time i gave a lecture at harvard university - to the co-founder of the company and then harvard department head of mass media,  i had mostly worked for most of prior 15 years the end verdict was chris you may be right but there would never be any research funds for that - please go away- fortunately i see mit as potentially the opposite space to harvard just across the river that they are

boundaries pose the greatest maths error possible in a world now more connected than separated  -back in 1995 the only business school head i could find who was happy with my thinking was david weir - not sure if he is still online; by around 2004 i was hoping to be the maths guy for pauls global reconciliation network but that fell through too -this time i certainly wont try explicitly to be the maths guy for pope francis-

all i can probably explain why qualitative framing is important from maps i made in the 1980s of what societies most wanted from world's biggest new product developers using mit express software -ultimately we used lot of quantitatve tools but ceo.boardroom leaders only wanted to play with simple maps and ultimately qualitative 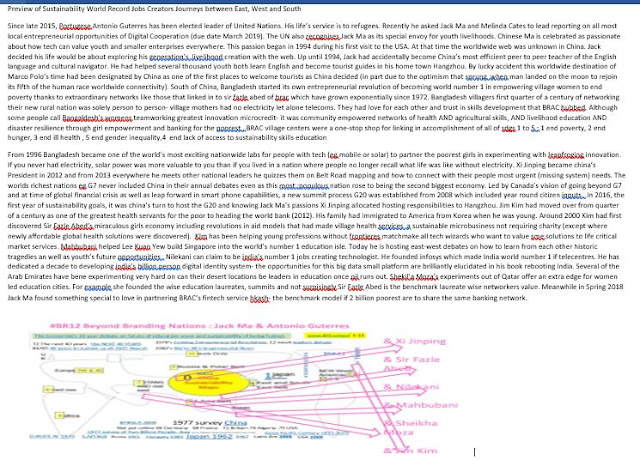 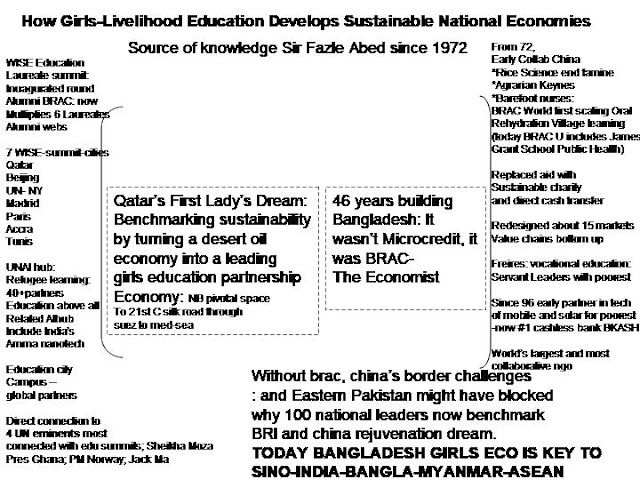 Exploring learning with amy
i was looking for youth best news stories in usa as a way enlivening english teaching classes in china when i discovered people who loved asking how to help china lead millennials sustainability growth worldwide
China Goodwill trip 1 - to usa for
20th year of icaf and 5th child olympiads- meet with asia's main sponsor hiro of akira foundation- discussions with 3 chinese leaders - canadian china school, magikid, china us friendship chapters led out of silicon valley
meet naila chowdhury women4empowerment; banker for poorest women from bangladesh to kenya to san diego
meet noah of elearning satellite yazmi.com - invited by noah to spread his idea of china as number 1 development empower of worldwide sustainability -in 2016 noah aims to offer the number 1 channel on refugee livelihoods
prep for taddy blecher in dc - 60 minutes dialogue at yazmi hq silver spring
open space china tour led by founder of OST Harrison Owen - open space connections between 3 by one billion cultures - latino, chinese and AA inspired by mandela or king
mapping millennial friendships out of brooklyn starting with startup and open space kenya
celebrating open space and conscious capitalism solutions to first million black americans audience reactions to Michael Moores Where to Invade Next
uniting coders hackathons and job creation with millennials -why not the uber of youth employment too
wondering about whether 7th economy sustaining each next child born is possible
mathematically we hypothesise that this possibility depends on integrating rising not collapsing exponentials of 6 historical economies -the two paper currencies - the pound how 1% of people on an island financed and mapped the world; the dollar economy how 5% developed a continent and then twice saved the old world from the borders that island colonisation of old world had spiralled; 4 new economic possibilities that emerged from tech leaps in the 15 years after world war 2: crop science that ended starvation of billion people led by alumni of american borlaug but which had most impact for the asian half of the world's people who depended on rice; demings better engines economy which japan revealed by 1960 had 2 extraordinary impacts - better transport of both humans and goods from bullet trains to containerisation of ships- this built supercities across islands from japan to taiwan to hk to singapore including coastlines free to join in such entrepreneurship beginning with south korea; manufacture of microelectronics which started with better ways of measuring time and pocket calculators; inspired the programable chip when intel found that one japanese calculator company had made such a big order of chips that it could afford to be dependable on designing just that chip- von neumanns development of the programmable computer which both stimulated kenned to charge youth with the most exiting goal in human history the moon race, and inspired gordon moore to promise the alnalytical capacity of machine intel would multiply 100 fold ever decade through the 0g 1970s to the 59 2020s- thats a trillion times more analysis power than needed to code moon landing; spaces death of cost of distance satellite communications and media economy
does your community have a crisis with 1 bankers 4 teachers 17 public servants? 1 ..2.. 3.. 4 5.. 6 7 8 9 10 11 12 13 14 15 16 17goals worth valuing -we call communities empowering the sdg- generation the 7th economy- help with guided tour of tech visionssdg=gen can leap ahead with 1 2